NVC is the "China's well-known trademark" in the lighting industry. Its encounter is that the name has been "smashed". An energy-saving and environmental protection technology company named â€œLe Shiâ€ has publicly sold energy-saving lamp products in the name of â€œLei Shi Lightingâ€ and is still developing franchisees. In a period of time, through the Baidu and other networks to query "NVC Lighting", the first one turned out to be "Le Shi Lighting", and the "NVS Lei Shi Lighting" and "NVC NVC Lighting" trademarks in both Chinese and English There is only one word difference, investors and consumers mistakenly think that the two are originally a family!

Without a brand, it is difficult to become a big weapon by plagiarism alone. Those plagiarists did not want to be a big weapon. They just wanted to make money by fish and fish. The brand that was copied was a natural disaster. The huge research and development costs are not mentioned. The production line that is specially customized for the products will cost tens of millions of yuan, and the devaluation caused by the "cottage" goods is even more difficult to make up. Taking Dongpeng as an example, although after more than four years of rights protection, it finally succeeded in maintaining the dignity of patents, but in 2008 alone, the sales volume of the travertine series was 1 million square meters lower than the original plan, and the export sales price was also from 2007. The annual price of $14 per square meter dropped to $9 today, and the loss is so heavy!

As for the "famous brand", naturally it is also the performance of the chest without ambition. The "å‚" NVC's Lei Shi, verified by the relevant departments, neither the company name nor the trademark, was registered in the Trade and Industry Bureau, apparently wanting to shoot a place for a place, and take a trip. The brand name is â€œdeafâ€, and the challenge is not only being taken away from part of its market share, but also being affected by inferior products, which will damage the brand image. For example, the "Lei" of NVC, who did not mix in the market for a long time, attracted a lot of complaints, but the object of people's complaints was not Lei Shi but NVC, and NVC was inexplicably hurt, what?

To sum up: If a company is stronger, it is nothing more than a road, and it is only powerful to fight for consumers. Brand building is something that has always been done.

The advantage of EVA Toys for pets like dogs is eco-friendly, non-poisonous and light and colorful. It can be custom as pet ball, Dog Ring Toy, and flying disk and other Teething Toys For Puppies. If you have the new designs 3D STEP format on the pet products wants to custom by EVA Foam material, it can be big as a pet bed as you like, please do not hesitate to contact us, we will make it come true. 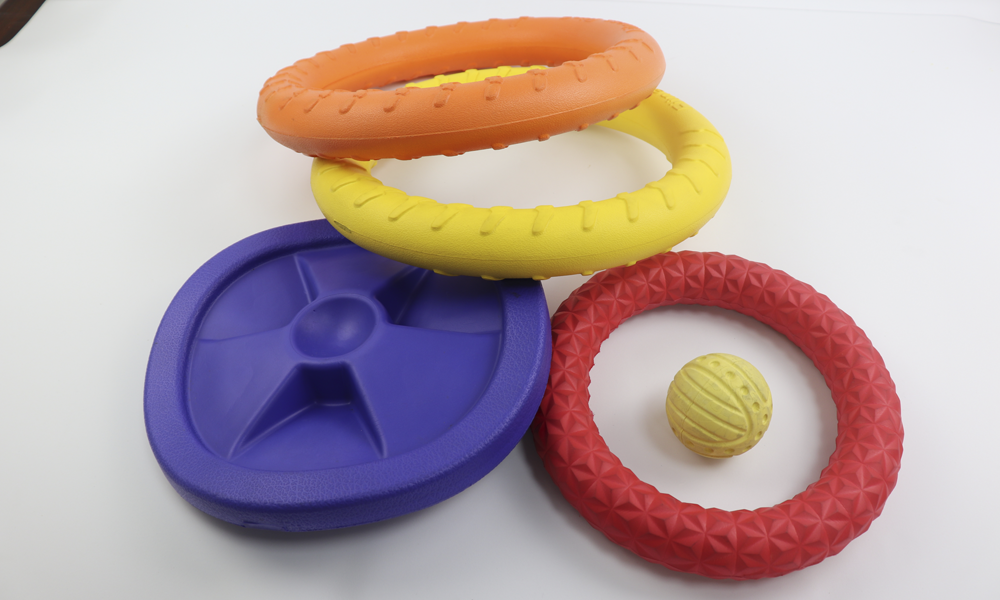